The iPod Touch, launched on 2007-09-05, is Apple’s attempt at providing a non-mobile alternative to the iPhone, originally made infamous for the removal of all editing ability from the calendar until firmware revision 1.1.2.

Upgraded to an 8Mpx camera, new color options and “modern” specs (except TouchID) on 2015, it had been previously revamped in 2012 to match the iPhone 5: 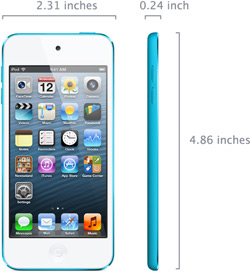 The first refresh version launched on 2008-09-09, with iPhone 3G styling, volume controls and a speaker:

Notes on the early revisions:

Since the device has no support for an “Owner Info” screen, I created a wallpaper specifically for that purpose, using measurements gleaned from iPhoneMinds: 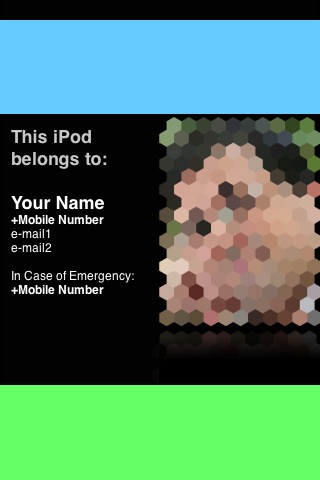 Feel free to change this for your own purposes in any editor that suits your fancy and sync it to the device. Besides a photo, there’s plenty of room for contact information.

You can, of course, fool around with coloring to suit your own tastes, but gradients are, in general, a bad idea – the tinted overlays will mess them up, and in this case you want the text to be readable under pretty much any conditions…

Here’s a shot of the factory diagnostics screen (via Engadget):

← Up next for Apple: the return of the Newton iPhone Human Interface Guidelines →