The Tao of Mac

Since my last update we hit another set of COVID milestones here in Portugal, so I guess it’s time for another post. We’re now two years into the pandemic and hitting record numbers of cases every day, but we also have more evidence that both exponentials and vaccination ought to be better understood…

On a personal level, things are “fine”. Yes, like the GIF.

Everyone in the family has the requisite amount of shots (I had my booster a couple of weeks ago, which was pretty uneventful other than feeling a little tired in the evening) and we haven’t been infected yet, but right now Omicron is pretty much everywhere.

And like I pointed out last month, things have gone exponential very quickly indeed as COVID evolves towards becoming endemic, but not harmless.

So Where Are We At Then?

Here’s my usual normalized chart, which I prefer for long-term comparisons:

As you can see, the number of cases skyrocketed even beyond my most pessimistic expectations (we’re now at three times the maximum previously recorded in Portugal last year), but (fortunately) deaths have barely had an uptick.

On Testing and Age Breakdowns

But there’s also something that isn’t on the chart, and for which there is no real data, just a lot of complaints: We’ve apparently hit a plateau of sorts in testing capacity, since it’s been pretty much impossible to schedule a test overnight (PCRs sometimes take days to schedule).

That has an impact in terms of when cases are accounted for officially (which means figures may be lagging up to a week behind…), and since we can only measure things that are recorded, well… We might be looking at a lot more unaccounted for cases here.

Either way, schools are a bit of a mess right now. Even though my kids are both vaccinated we have reports of cases in their classes nearly every day, and the numbers clearly show it:

It makes sense because young kids haven’t been vaccinated and it is impossible to fully segregate age groups in large schools, but it is still a concern when your kids’ grandparents are involved.

So we crack open a new set of test kits every few days, but these are becoming quite thin on the ground, worse quality, and higher cost as scalpers cotton on to making easy money from buying them in bulk and marking them up for 50-70% profit.

The upside here (for now) is that Omicron’s mildness and extensive vaccination means its rampant infectiousness hasn’t translated into a massive amount of hospital admissions (or deaths): 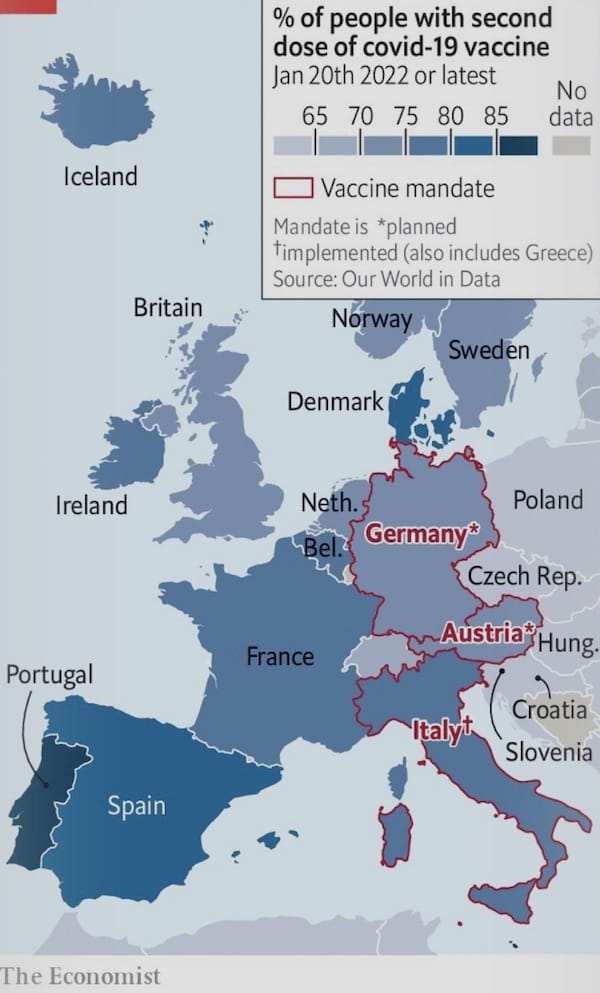 This week's Economist published this rather striking chart.

…but I’m still worried about “long COVID” and the likelihood of elderly people developing immediate (or belated) serious symptoms, and that we’re not taking things seriously enough in schools.

Besides the natural pressure for restrictions to be relaxed permanently due to people having spent two years cooped up, another worry I could do without is that we’re a week away from elections–and a lot of fuss was made about infected people having to vote, with dismal handling of the issue all around.

So I don’t expect case numbers to go down just yet, even if they’re not the key figure anymore (well, provided there are no new variants…).