The GIMP is the GNU Image Manipulation Program. It is a freely distributed piece of software for such tasks as photo retouching, image composition and image authoring. It works on many operating systems, in many languages. It was initially supported in Mac OS X using X11: 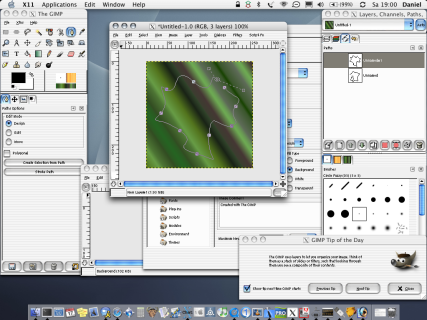 ...but only got a usable, "native" port in August 2012. That crashes a lot (especially if you run it as a non-admin user) and still has the same UI.

← The Mac, Google's Second-Rate Platform? Finally, Someone Gets It →